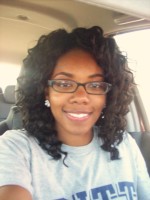 Author Whitney Gracia Williams published her first book, Captain of My Soul, before her senior year of college at the University of Pittsburgh. Considering that she left the school in 2010 with degrees in English Writing, Communications, and Honors Philosophy, “not busy” was likely not used too often to describe her.

Now back in her hometown of Memphis, Tennessee, she still seems just as active, having released two titles in her The Jilted Bride series of romantic comedies and will soon be releasing the first in her new Mid Life Love series. She does say she has “free time,” which she says she spends “critiquing films and television shows.”

How Whitney Got Started Self-Publishing 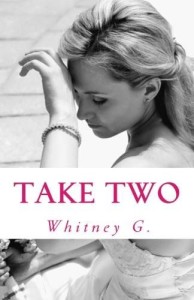 Not wanting to deal with a traditional publisher, Whitney released Captain of My Soul through a large Print-on-Demand (POD) service. “Sales were dismal,” she says, and after a few years of being rejected by every publisher she wrote to, she decided to try her hand at e-publishing.

Enter Amazon’s KDP Select program. Through it, Whitney reached over 40,000 readers for her Jilted Bride series, helping her decision to forego the process of hitting up more traditional publishers with query letters.

Is she a wild success? Not yet, but there is progress: Currently, she reports that she makes “the equivalent of a job that pays ten dollars an hour.”

Learn more about Whitney and her work by visiting her Amazon author page and her website.