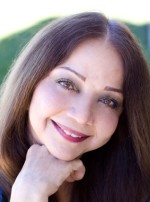 Iranian-American Zohreh “Zoe” Ghahremani studied to be a dentist at Iran’s Ferdowsi University and England’s London University, specializing in Pediatric Dentistry. She built her practice in Chicago, and spent two decades there, where she also taught at the Northwestern University Dental School.

But what she really wanted to do was write.

So that’s what she did. She moved to California in 2000 to become a full-time writer. Writing in both Persian and English, hundreds of her articles and short stories have appeared across the US and in foreign publications, and she is currently a columnist for Zan Magazine.

Her debut English novel, Sky of Red Poppies, released in 2010, was selected by San Diego Public Library and KPBS as a 2012 One Book, One San Diego selection (the first time a whole city has supported a self-published book!) and finds itself on many high school and college reading lists. She then released The Moon Daughter just a few months ago, and is now working on a satirical memoir of her life as a dentist, Drill, Fill & Bill.

Her work has received numerous awards and recognition. Zoe also frequently gets invited by the media and universities to speak about her writing.

Interesting tidbit: She’s also an artist. Guess who did the paintings used on her book covers.

How Zoe Got Started Self-Publishing 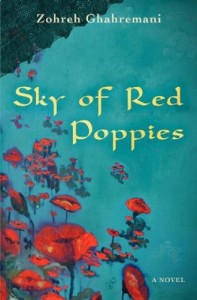 “I had two of the best New York agents,” Zoe remembers. “Each tried their best for a year, and for that I will always be grateful.” But neither managed to find a publisher for Sky of Red Poppies.

Zoe believes one reason for that is that both agents loved the story too much, and this “ultimately made them set their goals too high.” She found that flattering, much like she did the regular praise she received from publishers and editors, marveling about her book’s “poetic prose and gripping story.” But the flattery didn’t translate into a business deal. “They all doubted there would be a market out there for a story about four decades of Iranian life, especially when presented as literary fiction.”

The economy wasn’t too hot at that point, either, and fast going the wrong direction. Her advisers were recommending that she put Red Poppies out there herself, independently. So that’s exactly what she did.

“Having sold close to ten thousand copies so far,” she reflects, “I sometimes wonder if they judged it too soon.”

Two years later, when The Moon Daughter was ready, Zoe didn’t even bother to pitch it to publishers, self-publishing it straight away.