Writers and gamemasters (of RPGs, or role-playing games) must love this site. That’s easy to tell; its user base has nearly a million of them.

World Anvil provides a worldbuilding toolset and a character manager (it has a number of other features for the RPG lot). I only messed around a bit with its worldbuilding toolset, since that alone would take a significant amount of time to explore. It lets you create and manage detailed maps and timelines, and log, record, and describe all of it in a world “atlas” and “encyclopedia.” And that’s just the core functionality; it has a bunch of other supporting tools on the menu I haven’t even clicked on.

Fantasy writers would obviously love this. But frankly, I’m curious to see if I can adapt its powerful tools for other story writing purposes. And I don’t see why not.

For something this feature-rich, World Anvil probably costs a pretty penny to use, you would suspect. Not as much as you think! Their premium tiers look very reasonably priced. But they also have a totally free tier with all the basic features and 100MB of storage, and that lets you build two worlds/universes.

Be careful, though—this all looks like so much fun, you may end up spending all your time worldbuilding instead of writing!

“I had no idea what I wanted, had no images to submit, no colors, letting the seller have free rein to have fun with this one. Great job!” 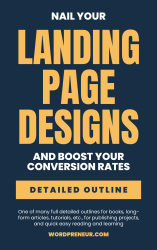