Even though I’ve used a variety of these tools through the years, can’t really say I’ve got more than a basic minimum of experience with them. But I will say, this has got to be the most hassle-free tool of its kind I’ve used. For doing raw video screen captures of pretty much anything happening on the computer screen, that is. Coming from a video non-pro (me), that may tell you something.

This captures everything that’s happening on the screen to video, no sound, great for stuff like software and user tutorials and guides. No accounts and logins needed with this; just go on over and start using it. Looks like it’s got all the capture-stage options you’d probably want, and it’s all really easy to figure out (again, I’m no vid software pro). Probably took me all of five minutes to capture the test vid below, if that. And much of that time likely spent on me just trying to figure out what the heck to capture that’d be meaningful enough for the test.

No software to download; everything’s done from their site. It lets you capture the whole screen, what’s on a specified browser tab, or a totally separate window. It even has a timer and countdown sounds (you can customize the duration) for when you’re moving and getting ready for the capture to start. Simple!

After you’re done with a capture session, you can watch a preview of it, then save it to your computer if you want to use it. That’s all there is to it.

It saves the vid in WebM format, probably the newest Web video standard I’m aware of (drag it to your browser, it should start playing automatically). It’s easy to convert to other popular formats, like MP4, using conversion tools like Zamzar. The test sample vid I have below, for example, has been converted to MP4.

Note that the vid you capture will be at the same resolution as your computer screen, so the dimensions can be pretty huge for a video. Not a problem, with the availability of other free tools on the Net that can reduce the video’s dimensions, among other things.

Like what I did with the following test video. The original raw video was 1300+ pixels in width; I used one of the many tools provided on the EZgif site to not only shrink it down to its current width of 640 pixels, I also had it convert the video from WebM to MP4 while it was at it. Problem solved!

For this test, I’m pretending to do a video tutorial on how to easily copy a Wordpreneur Meme image’s URL to your clipboard. It starts from the Wordpreneur home page, shows the various ways to access and check out the memes, then after selecting one, how to simply click on the URL that appears beneath it to copy the link to your clipboard. No sound, but I could dub that on later if I were so inclined, or have the vid accompany an article. Like I said, easy

Book Cover Design @Fiverr
Share the love
« How Much Money Is That? 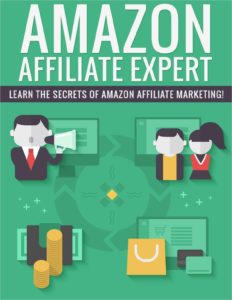