[themify_box style=”light-yellow note rounded shadow”]How does Google’s search algorithm work? You’ll know soon. Because I know.[/themify_box]
Of course, I don’t know its actual algorithm, formula, or whatever you want to call it. But I know the work it’s doing. Same kind of work you see in every issue of this Reader.

You may notice that many of the dozen featured posts and articles that appear in every issue are often from the same regular sources. Not all of them — there’s usually a good selection of non-regulars and new sources — but many.

Why is that? Simple: They have good content that interests me. And they keep producing it regularly. So their stuff keeps catching my eye and attention, whether it’s through the inbound feeds I work with (like the free Wordpreneur Direct emails could be a feed for you) or mentioned by some other source through some other channel (Twitter, Facebook, etc.), I basically can’t help but be exposed to their stuff. Which you, in turn, by virtue of me sharing it with you, also get exposed to.

And that, my friends, is how Google works. For any given topic, Google wants to give its users good content that matches their needs. That’s pretty much the G’s reason for being. Since it’s a machine that really has no idea what “good” is, it has to base its “good” decisions on other quantifiable and measurable factors… like the quantity of content, how often its updated and added to, etc.

But that’s not enough to determine “good,” is it? If it were, anyone can produce and keep producing a boatload of keyword-rich crap, then, and rank highly in search results… and that’s what people actually used to do. Until Google figured, “if others externally are linking to the content and sharing it, chances are it’s good; the more of them doing it, even better; and if the linkers themselves are what we’ve determined to be high quality sites and sources of information, BINGO!”

It just so happens that the sources of good, useful info more often than not turn out to be the same damn folks on any given topic.

So what does this mean? Well, for things that are within our control: Focus on producing good content. A lot of it. Frequently and regularly.

Everything revolves around and hinges on that.

Have fun with today’s featured selections! 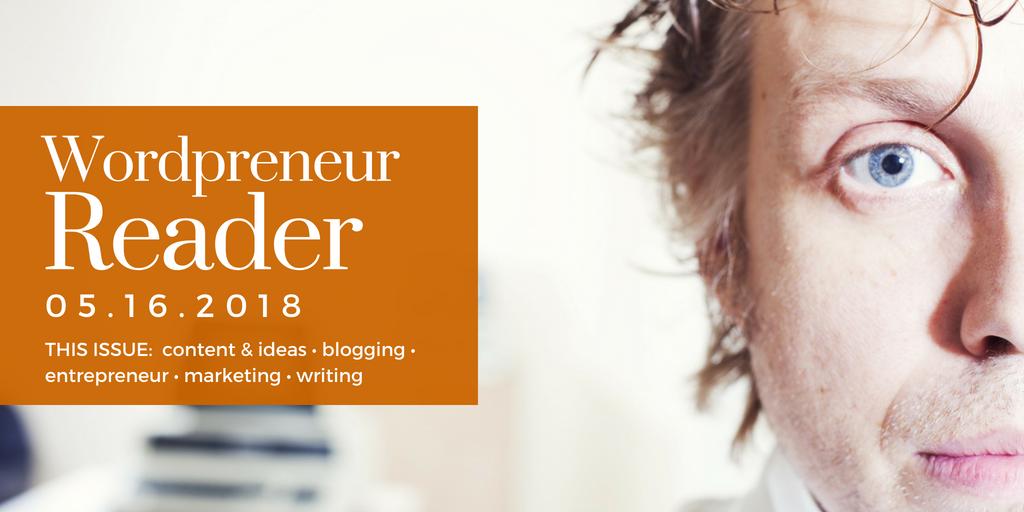 “Almost 90% of advertisers state affiliate programs are a key driver to their marketing strategies, while publishers say affiliate marketing drove about 20% of their annual revenue. And with this momentum, the industry is expected to grow to $6.8 billion by 2020.”

How to Make Money on YouTube in 5 Easy Steps

“[T]o make money directly from YouTube ads, you have to work a little longer and gain a decent audience. But in the interim, there are a few things you can do to make money with YouTube without relying on YouTube’s Partner Program.”

“Before you publish your next blog post, use this checklist for writing to make sure you fully optimize your content for readers, search crawlers, and your marketing goals.”

“The key to maximizing your chances of success lies in utilizing powerful tools and strategies including social media marketing, content production, email marketing, SEO, and other free (or nearly free) online platforms.”

“[A] positioning strategy, or brand positioning is how customers view a specific brand in their mind… This will help distinguish your brand from everyone else’s, including your competitors.”

“I have to admit, I really didn’t want to waste the money on this type of advertising. But, when the results came in… well, can you write a few more?”

A Simple Way to Get More Traffic Without Creating New Content

“[T]he numbers that you get only really matter if it is coming from good sources and if it is made up of the right individuals.”

“Instead of struggling to come up with brand new ideas, look at the ones you’ve already had… Are there posts buried in your archives that new readers would find helpful?”

6 (More) Ways to Improve Your Book by Writing Humor

“[I]t’s easier to fall into plagiarizing than most realize. If you do research – and whether you write fiction or nonfiction, you’re liable to – plagiarism can be only a mistake away. Here’s how it might happen…”

ED: Obviously, these tips are good for ALL writers, not just screenwriters.

“You have a great idea for a screenplay but think you don’t have the time to write it. Sometimes all you need to do is plan ahead and make writing a fixed part of your life.”

Writing Your Novel: Characters Make (Or Break) Your Book

“Years ago, when I was working on my first novels, my editor suggested that I make life easier by creating character journals, right within the novels.”

Zero-Cost Book Publishing: Write, Publish & Sell Your Book Yourself… for Free!
Free Domain Names: Where to Get Them and How to Use Them
Spread the love
« Reader 05/14/18 Edition » Reader 05/18/18 Edition