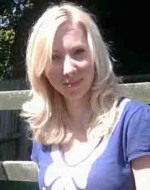 Samantha Holt lives in Warwickshire, England, with her twin girls, having followed her soldier husband around the UK for nearly 10 years. She grew up in Hampshire, inspired by authors Jane Austen and Elizabeth Gaskell, both of whom lived and wrote only miles from her hometown.

How Samantha Got Started Self-Publishing 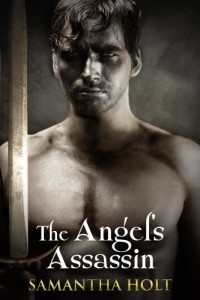 Samantha never intended to be a writer. She wrote a book for herself for fun and decided it’d be more fun to share it! She then Googled “how to publish your own book” and discovered the indie publishing revolution, just when the movement was just getting going. Samantha did not expect that much would happen, but the idea of being able to share her story greatly appealed to her. Within only about two weeks, she had a cover made for her, her book edited and subsequently published. A few months later, it was a bestseller.

Next year, Samantha is scheduled to release a few traditionally published books, with the publishers more willing to take her and her titles on because of her indie success, she believes.

“Indie authors are becoming a big power and those familiar with the scene expect big things of it,” says Samantha. She is concerned, however, that her indie books rely entirely on companies like Amazon, and she is doing what she can to prepare for any eventualities. “They could pull the Kindle Direct Publishing programme from under our feet,” she points out. “This is partly why I have pursued becoming traditionally published, in an effort to spread my work.”

But indie publishing is in her blood, and she will continue publishing independently. “I like the control I have, I like the ability to set a price I feel is fair and I can choose to do whatever I like with my words.” And she has some good advice for those who want to join her in the indie world:

Learn more about Samantha by visiting her website. And check out her Amazon author page and her growing selection of historical romances.