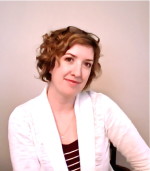 Jolene Perry now has a selection of over a dozen and growing YA (young adult), NA (new-adult) and LDS (Mormon) titles for sale on Amazon, including Dizzy, My Heart for Yours and Falling.

“I wear juvenile T-shirts, worn-out chucks, and eat too much chocolate,” she says. “I write. A lot. I make up words, drink Shirley Temples, and suffocate a little without my iPod.”

She lives in Wasilla, Alaska, with her husband and two kids, plays the guitar, and likes to “drive fast, and wonder why I live where I do every. single. winter.”

How Jolene Got Started Self-Publishing 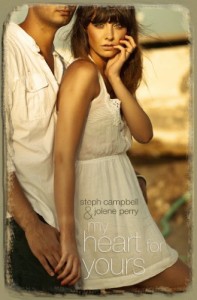 Like many other novelists, Jolene never intended to self-publish. She had an agent, and in fact still does (although a different one now). She collaborated and co-wrote My Heart for Yours with Steph Campbell, whose book, Grounding Quinn, was self-published and did really well. Since Jolene already had two books on sub to publishers, they self-published My Heart for fun. And it also did quite nicely in the marketplace.

She then got an offer to publish two other titles she had written as series follow-ups to her first published book, The Next Door Boys (through Cedar Fort), but they would have been released 18 and 30 months out. She said no thanks and proceeded to release those two on her own.

Although still busy with more traditional publishing projects — she has one book coming out with Entangled in Fall 2013 and another with AWTeen in Spring 2014 — “I love the freedom that comes with self-publishing,” she insists, “and I’m definitely glad I took the leap!”

Learn more about Jolene by visiting her website. Also drop by her Amazon author page for her fast-growing selection of titles, both traditionally and self-published. You can also follow her on Twitter.