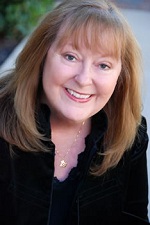 Helen Ginger is the Story Circle Network‘s coordinator of editorial services and Legends In Our Own Minds owner/partner and webmistress. Her free ezine, Doing It Write, which goes out to subscribers around the globe, is about to enter its 14th year of publication. Helen is also the author of Angel Sometimes, three non-fiction books with TSTC Publishing, and a contributor to the short story anthology, The Corner Café. Her next book, a suspense, Dismembering the Past, will be released in early 2013.

How Helen Got Started Self-Publishing 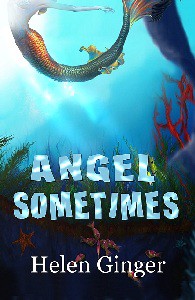 Years ago, Helen stopped hearing from the agent who was representing her. She went online and discovered he’d decided fiction wasn’t selling and he wasn’t going to represent it anymore. After firing him, she eventually came out of her funk and decided, with the advent of ebooks, that she could publish her books herself.

The first step she took was put Angel Sometimes up for sale for the Kindle on Amazon. Even though she wondered whether she’d be able to pull it off, she discovered it wasn’t all that difficult. Not long afterwards, she decided she wanted to hold her book in her hands too and have a traditional physical product that bookstores could order, so she began learning how to get it into print format. She found that most bookstores order through Ingram, and that Ingram works with Lightning Source. So Helen worked her way through the maze that is Lightning Source. Now Angel Sometimes is available in print and ebook.

The thing that happily surprised her was that as soon as it was officially published in print, her book appeared and was available for ordering on the online listing of practically every bookstore.

Print books aren’t going away any time soon. But neither are ebooks, and she believes they will get more and more popular. Her advice to authors thinking about publishing an ebook:

Learn more about Helen by visiting her website, and drop by her Amazon author page which lists the books she’s published, worked on and contributed to.