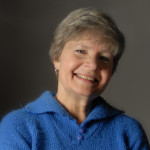 Adventure, mystery and wild creatures have all played a part in Gloria Repp’s many books for children. Gloria grew up in the Hawaiian Islands and the Pacific Northwest, giving her a love for the wilderness that pervades her many stories.

After years of being published traditionally, Gloria has transitioned happily into indie publishing. As part of her new direction, she takes frequent trips to explore the forests in New Jersey’s Pine Barrens, pondering a novel set in the Barrens and plotting the next story in her frog-fiction for young readers, Tales of Friendship Bog.

How Gloria Got Started Self-Publishing

“It took a squeeze, a push, and a hazardous step into the unknown,” says Gloria about her move to indie publishing.

First, the publisher who had produced ten of her previous books passed on her newest book proposal. That was the squeeze, or as Gloria put it, did she want to “squeeze her story into another shape?”

Then her agent said, “But editors don’t want that. It won’t sell.” That was the push.

Then she discovered what was happening in the industry with Amazon ebooks and its Kindle Direct Publishing (KDP) program. Learning more, she realized that KDP, with its low costs and helpful options, was the road to take. She’d be free to write what she wanted and could control the title, cover design and price. “My books would be mine, for better or worse,” she says, “rather than a corporate product.”

The hazardous step into the unknown.

She did worry. She writes for what is considered a tiny audience — beginning readers — in the small genre of children’s books. (How many six-year-olds, after all, have a Kindle?) And, like many other writers, she does not enjoy marketing. But two years ago, she published her first digital and print books through Amazon, and she has never looked back.

Gloria is convinced that indie publishing is here to stay. “Most likely the industry will continue to reinvent itself,” she muses. “It will still produce everything from trash to literature, and it will significantly impact traditional publishers.”  But, most importantly, it’s “a new world into which a writer can send out his work… a place with bright and hopeful horizons.”

To help those of you who are as hesitant and fearful as she was at taking the leap into indie publishing, she echoes the advice of many of the other Wordpreneur Peeps:

Learn more about Gloria Repp by visiting her website. And make sure to check out Gloria’s Amazon author page and her selection of books for children and teens.