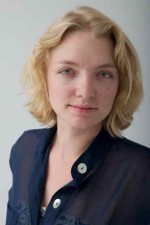 Emily Kimelman is the author of the best-selling Sydney Rye series of dark murder mysteries. She lives on a boat in the Hudson Valley with her husband, Sean and their dog Kinsey (named after Sue Grafton’s Kinsey Millhone). Emily is passionate about traveling and spends as much time as she can in the pursuit of adventure.

Her Sydney Rye series features a strong female protagonist and her canine best friend. It is recommended for adult readers who enjoy some violence, don’t mind dirty language, and are up for a dash of sex. Not to mention an awesome, rollicking good mystery!

How Emily Got Started Self-Publishing 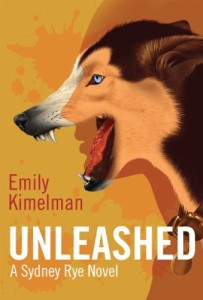 Always a gadget junkie and an avid reader, Emily was “super excited” when the Kindle came out. She saved up and bought the second generation. “As soon as that puppy was in my hands,” she says, “I knew it was the future of books.”

She had an agent at the time and was shopping Unleashed to major publishers. She also ran a small business with her husband, in charge of all marketing and PR. Her brother asked her why she needed a publisher, and after discussing it with him, it became clear that the only thing standing in her way was her own prejudice: She didn’t want to be self-published because she wanted a publisher’s stamp of approval. Her brother convinced her that she was silly and to go for it.

She then spent time learning about the process and published Unleashed in the fall of 2011. Sales were fine but nothing impressive. Over the next year, she spent a lot of time researching this new market and experimenting, using Unleashed as her guinea pig. She then released the second book in the Sydney Rye series, Death In the Dark. Apparently, all her time spent on research and market experiments paid off: Both books made it to the Amazon Best Seller list for Mysteries and Unleashed to the top 100!

Her third book in the series, Insatiable, has also just been released, and it looks like we’ll be seeing all three Sydney Rye titles at the top of the charts.

Learn more about Emily Kimelman and her books by visiting her Amazon author page. You can also follow her on Twitter and check out her blog.