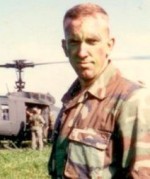 Cliff Happy, author of the Friends From Damascus series of action adventure novels,  retired from the Marine Corps after twenty-two years of active service with the infantry, five of which were with the Marine’s anti-terrorist team where he participated in real-world operations in Central America, the Caribbean, West Africa and Europe. Cliff served as a close quarters battle instructor, explosive breacher, marksmanship instructor and sniper/squad leader. He also worked with the SEALs, the Special Forces and the FBI Hostage Rescue Team during his service. Cliff now teaches history and political science and lives in Hot Springs Village, Arkansas.

How Cliff Got Started Self-Publishing 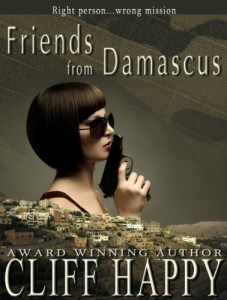 Cliff has been writing stories his whole life. While in the military, he spent a lot of time overseas and he filled his time creating characters, developing storylines, thinking that maybe some day he’d get his stories written down and published.

For years, family and friends have tried to encourage Cliff to proceed with his writing dreams and turn his stories into actual books. Finally, ereaders went mainstream and epublishing presented the perfect opportunity, removing the difficulty and costs involved with traditional print self-publishing. So Cliff Happy jumped right in!

“Print may not be dead,” says Cliff, “but it is clearly on life support.” He notes that universities are now providing textbooks on ereaders, magazines are ending paper editions, newspaper subscriptions decline nearly 10% each year, and there is an intense and growing pressure on publishing houses to stay afloat. “The bright future of epublishing is a certainty,” says Cliff. “The limited cost, the ability to control every phase of the creative process, and the ease of getting my work into the hands of my readers makes epublishing a no-brainer.”

A few tips from Cliff for those of you thinking of jumping in and joining him in the self-publishing ranks:

Learn more about Cliff Happy by visiting his website. And make sure to check out Cliff’s Amazon author page with links to the growing selection of titles in his Friends From Damascus action adventure series.