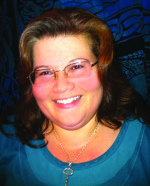 Christiana Miller is a novelist with three titles up on Amazon, including the popular Somebody Tell Aunt Tille She’s Dead. She is also a screenwriter and mom who’s led an unusual life. In addition to writing for TV’s General Hospital: Night Shift and General Hospital, Christiana has had her DNA shot into space (where she’s currently cohabiting in a drawer with Stephen Colbert and Stephen Hawking), has been serenaded by Klingons, and has voiced all the female warriors in the video games Mortal Kombat II and III. If her life was a TV show, it would be a wacky dramedy filled with eccentric characters who get themselves into bizarre situations!

How Christiana Got Started Self-Publishing 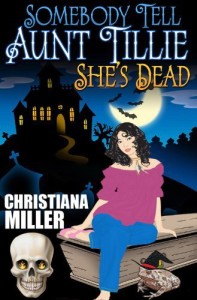 Christiana started e-publishing when the economy tanked and the job market came to a standstill. Somebody Tell Aunt Tillie She’s Dead, her first book, was a surprise hit.

She quickly followed it up with A Tale of 3 Witches, co-written with Barbra Annino, and The Thief Who Stole Midnight. Her new book, The Gospel of Ruth: Cerridwen’s Cauldron, is scheduled to be released in January 2013.

Christiana is excited about the new world of publishing and views e-publishing as the great equalizer. “Thanks to e-publishing, readers have direct access to their favorite indie writers, the wait time for new novels to hit the shelves is much shorter, and books never have to go out of print,” she says. “Readers can also afford to try new authors and buy more books since the prices are so low.”

Most encouragingly, Christian points out, “a growing number of indie authors are actually making a living writing full-time, instead of having to write on the side while working other jobs. It’s a win-win situation, all around.”

Learn more about Christiana by visiting her website where she also keeps an updated list of important links for indie writers. You can like her Facebook page, and drop by her Amazon author page with links to all her books.