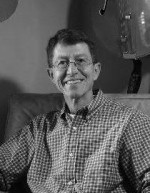 Alan Hutcheson is dad to two incredibly smart young adults, husband to a beautiful and astonishingly tolerant wife, alpha male to a mentally challenged dachshund, and a not too awful guitarist. He loves music, especially classical, jazz and great showtunes, and sings loudly whenever the mood strikes, which is pretty darned often. He is also the author and self-publisher of the comic novel  Boomerang, which one reviewer describes as, “a tongue-in-cheek ‘thriller’ of sorts, more akin to It’s a Mad, Mad, Mad, Mad World than anything by Tom Clancy…”

How Alan Got Started Self-Publishing 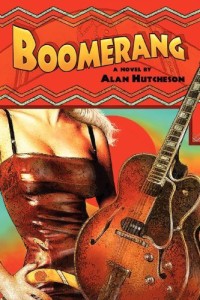 Self-publishing was the furthest thing from Alan’s mind when he wrote what was originally titled “Close Enough for Government Work.” He actually landed a big league New York agent and then spent two more years further reworking a manuscript that had already been through literally dozens of drafts. The result was the nicest rejections imaginable from every large and medium publishing house in the country. The problem? “Loved the writing, the characters, the concept. No idea how to market it.” Alan’s plans to immediately produce a sequel were scrapped and the manuscript was retired.

Some time later, knowing in his heart the book deserved to at least have a chance at finding a readership, he pulled it out of the sock drawer, gave it another polish, and spent money he couldn’t afford to self-publish Gov Work as a paperback through iUniverse. “Not a recommended course if profit is your objective,” says Alan. “If you happen across one at a flea market you can purchase it with absolute confidence that it qualifies as a rare object.”

In the meantime, a non-writer but very computer savvy friend led him to a UK writer’s site called YouWriteOn. He joined, made some writer friends there, learned a bit more about the craft mostly through critiquing other peoples’ work, and then had the opportunity through YWO to self publish at no cost. He did not have a new book ready, being a very, very slow writer, so he gave the old one some fairly extensive tweaking, renamed it Boomerang, and actually sold a few to strangers, even with the world’s most boring cover.

Then ebooks became a reality. It took Alan a lot of trial and error, but he finally got the book formatted properly and published it through Smashwords and Amazon. Sales started slow, built a bit, then quite inexplicably took off in the UK. For months, close to ninety percent of his sales came from Amazon UK. As far as he could tell, most of his sales came from readers recommending it to other readers. They peaked about a year ago, with US sales finally catching and surpassing those from the UK.

On top of which, about a year ago, Alan was fortunate to find a coworker who had read and loved the book and was also an incredible graphic artist. She designed a new cover at a bargain rate. Now Alan has a complete product of which he is quite proud!

Learn more about Alan Hutcheson by checking out his blog, Sketches by Plumboz, and visiting Boomerang’s Home on the Web.