Book Word Counts: How many words should you write?

The real answer to the headline question is: As many words as you need to communicate what you wish to communicate with your book. That’s it. But there are market realities, and although there are no universal book word count standards, there are guidelines you’ll want to keep in mind. Just like everything else in life, of course you can deviate from the norm if you want, but best be fully aware of what’s at play here.

It’s all about what the market has been trained to expect. If you’re new to the game without an established following, toeing the line is likely the most sensible approach, at least until you’ve developed enough market oomph to start fiddling around with your word counts.

There’s a lot of information out there on this topic. And they don’t all synch up. Like I said, there are no word count standards. But the good news is, their numbers are all pretty much in the same ballpark, give or take.

Here are what Wordpreneur has decided will be its book word count guidelines for whoever asks. And don’t miss the Great Books That Are 50,000 Words or Less section at the bottom of this webpage! 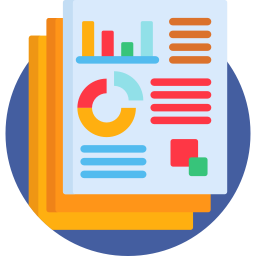 These are guidelines, not absolutes. Best familiarize yourself with your intended market and its expectations.

These guideline counts are for both print and ebooks. Although ebooks have a lot more flexibility and latitude in word counts, their markets also have word count expectations, affected by genre and other factors like pricing. You’ll want to research existing titles in the market you’ll be playing in.

The standard industry “page” is 250 words. Use that when doing the math to estimate a book’s word count when only page counts are provided (such as on Amazon).

You may not know this, but up to the 90s, novels were commonly in the 40-70K word count range.  They’d been creeping up until then, which I suspect was influenced by bestselling authors like Stephen King who’d started releasing massive books with great success. No doubt other authors took note and followed suit. But still, those thicker books were more the exception on the bookstore shelves, not really the rule quite yet.

Don’t believe me? Let’s drag Stephen King back out. His first novel, Carrie, was only around 60K words. Toeing the line normal. A few years later and now an author megastar who could write whatever he darned well wanted, his word counts consistently reached well into the six figures, including massive tomes like IT (about 450K) and The Stand (470K).

Yeah, I’d say it’s a safe bet that King’s numbers helped influence the market. Probably one of the “real world” justifications for the shift to thicker novels in the 90s. And that actually happened for a really, really simple reason: Publishers just wanted to raise book prices. Significantly. To make more money, of course!

They anticipated serious market resistance to that kind of price increase. The solution? Thicker books. More pages and words for the higher prices! Very legit-looking, and consumers went along with it. That publishers’ paper and printing costs didn’t really go up that much (maybe you’ll remember “economies of scale” from Economics class), well, that’s what made it a pretty slick move.

The bottom line for authors, however, is that word count expectations have also moved north. Publishers obviously are looking for thicker manuscripts for the thicker books they want to print. So naturally, to increase the likelihood of being allowed to play in their playground, the prudent author will try to deliver what they’re looking for.

Notice that none of that meant that you must write those thicker books. Pump out a high quality product that they think they can sell, they’ll buy it, even if your manuscript barely makes it to 40K words (or even less!).

What’s that you say? You’re an indie author? Well then, do anything you want! Sure, there are market expectations that you need to be aware of, and there is no doubt whatsoever that working within the parameters of those expectations has less obstacles. Book marketing will be tough. But you know what? Book marketing’s tough even if you stick within the parameters. So, assuming a quality product (which is always a constant; without that, nothing I say will be of much help), short book or not, what the hey, I’d go for it.

Word count is not a measure of quality nor of success. It’s just a thing.

Want a motivator? Here you go ; below is a sampling of a dozen great books in the short book range (by current “standards”), critical and market successes, many I’m sure you will recognize. And there are lots more! I just got lazy after adding on a dozen to this collection. Have fun!

The Hitchhiker’s Guide to the Galaxy

The Lion, The Witch, and the Wardrobe

Of Mice and Men

The Old Man and the Sea

Zero-Cost Book Publishing: Write, Publish & Sell Your Book Yourself… for Free!
Free Domain Names: Where to Get Them and How to Use Them
Spread the love