Here you go: the #1 tip for writing your book quickly.

Just expanding on the third step in the previous issue‘s simple formula on making money writing and publishing fiction books, There are lots of tips out there on how to write whole books quickly. Let me save you even more time:

Here’s the tip that appears in just about every one of them, rendering it the #1 tip based on my powers of observation. (Want to do it scientifically? Knock yourself out. I’m lazy and doing it this way.)

Don’t self-edit, or even reread, what you’re writing. Just write the story uninterrupted from start to finish. Fix it later, after you’re done with the first draft.

Easier said than done, actually, if you’re anything like me. I like to keep editing, massaging, fine-tuning what I’ve just written as I go along. And as you can imagine, getting to “finished” can take a heck of a long time. Much longer than it should! Because believe me…

…you can fix it later.

Besides, I find fixing it later goes a heck of a lot faster too. Really fight the urge to self-edit as you create, boys and girls, and just zoom forward, telling the story.

If you want the process to go PDQ anyway.

Come back next issue for #2. Have fun! 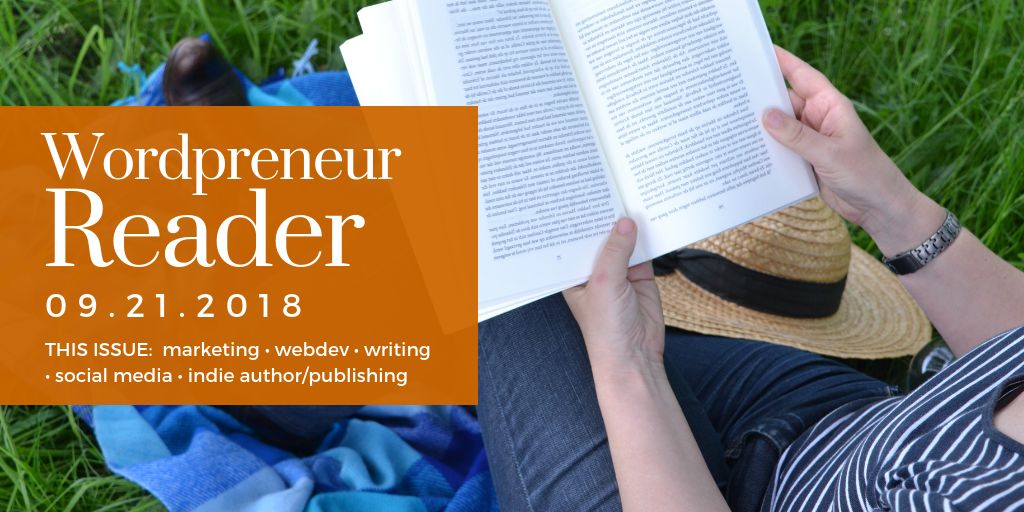 This is how you can personalize marketing campaigns — without violating GDPR

The Goal-Based Approach to Domain Selection

Why keyword stuffing is bad for SEO

Copywriting 101: How to Earn Money By Writing for Businesses

8 tips for how to self-publish your novel

An Indie-Author’s Guide to Organizing a Book for Publication

Got Nothing to Say on Social Media? Check Out These Examples!

Should You Publish Your Own Novel? Four Things to Think About

Six Myths — And One Fact — About Traditional Publishing

The editing and revision process for self-publishers

Zero-Cost Book Publishing: Write, Publish & Sell Your Book Yourself… for Free!
Free Domain Names: Where to Get Them and How to Use Them
Spread the love
Reader 09/19/18 Edition