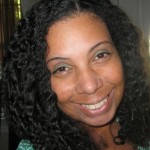 From high school, Gary, Ind. native Nancy Stephan  went straight to nursing school. After 18 years of being a nurse, she decided to go back to school and change careers. She got a Master’s in Creative Writing from Kennesaw State University and is now the Writing Center supervisor at Georgia Perimeter College in Dunwoody, Ga..

“I have a mixed bag of publication credits,” she says, “which include poems, essays, and articles in various journals and anthologies. I also guest blog for writing, wellness, and medical blogs.” But she came to my attention as the author of The Truth About Butterflies, her first book, and which, by the way, also won her the 2012 “Memoir” category Georgia Author of the Year Award (GAYA).

How Nancy Got Started Self-Publishing 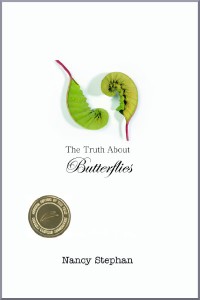 Nancy says she doesn’t have a memory of her actually not writing and that she won her first major writing award back when she was 10. “Because of my passion for writing, I spent years researching and mastering the ins and outs of traditional publishing.” And understandably and inevitably, as she became aware of the self-publishing industry and its fast-developing potential, she was hooked.

Interestingly and unusually, self-publishing never had the same stigma for Nancy that it does just about every other aspiring author then, and even now in some circles, frankly. “While earning my master’s degree in writing… I announced to my professor and classmates that I planned to take the self-publishing route. [It] was met with a collective gasp, and then a fellow student said, ‘You might as well kiss your writing career goodbye.'” Instead of being a deterrent, that clinched it for Nancy. “I was more committed than ever to the art of self-publishing and spent the following years educating myself …”

Even in 2011, with indie publishing becoming more mainstream, when Nancy decided to produce and release her Butterflies on her own, her plan “was still met with plenty of skepticism.” That didn’t slow her down one bit.

She released both print and Kindle editions of the book, and reports that “the vast majority of sales come from Kindle purchases.” And what exactly does that mean? With the Kindle edition of Butterflies consistently ranking among the Top 100 Paid titles in Amazon’s “Grief & Bereavement” category, on slow periods Nancy reports sales of 150-175 books a month, but 900-1,100 copies a month when things get really hopping. Her outlay, however, has been minimal. “I’ve not hired a publicist or paid for marketing.”

Is she getting rich from it? No, but her numbers are respectable, and with her considerably higher royalties from Amazon, you can do the math on what she takes in from a single non-professionally marketed book in a genre not exactly known to be a hot seller for non-celebs and non-famous folk. Would she have made more with a traditional deal? I have no idea. The important question is, is she happy? I didn’t ask her that, but my guess is yes — despite Butterflies‘ attention, Nancy has no plans to leave the indie camp with her next project, Evolution, which she anticipates to release next year.

Learn more about Nancy and her work by visiting her Amazon author page.