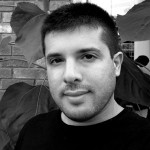 Canadian author Daniel Arenson says that he was “raised on Dungeons & Dragons, Lord of the Rings and scratchy Star Wars VHS tapes,” and very much “geek culture”-oriented, so betting that he would pursue a career as a novelist pumping out anything other than epic fantasies would not have impressed the Vegas oddsmakers much. And true to form, he is best known by readers for his three epic fantasy trilogies — Song of Dragons, Dragonlore and The Dragon War — all set in the world of Requiem where, as it turns out, humans can turn into dragons.

If dragons aren’t your cup of tea (why the heck not?), Daniel is also the author of Moth, set in a world with half of it always bathed by sunlight, and the other side permanently in the dark, I guess like what they used to teach us about the planet Mercury. Turns out they were wrong about Mercury — it just rotates really slow and weird — but I digress.

But this part’s hard to get wrong: Daniel’s sold over 250,000 copies of his books to date. None too shabby for human dragons and lazy, non-twirling planets, huh?

How Daniel Got Started Self-Publishing 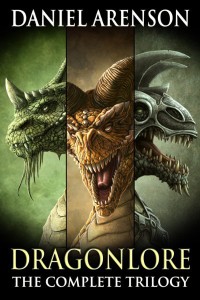 Daniel started writing professionally back in the 90s, selling short stories to small magazines, way before indie publishing was on most people’s radar. Then in 2007, publisher Five Star released his first novel, Firefly Island.

“It was only in 2010 that ebooks arrived here in Canada,” he remembers. “I bought a Kobo the day it was released here; as soon as Kindles arrived, I bought one of those too.” But something likely even more momentous to his career happened that year as well. “I began indie publishing ebooks that year.”

He does make a point to remind us that taking this ebook indie publishing route, doing it right in any case, isn’t easy or cheap. “I put a lot of effort — and money! — into my books. I spend hundreds of hours editing each book myself, then hire editors to further polish the writing. I also hire professional cover artists and spend time and money advertising the books.”

Learn more about Daniel and his work by visiting his Amazon author page and his website (where he also gives a whole bunch of tips for aspiring fantasy writers). You can also follow him on Facebook and Twitter.