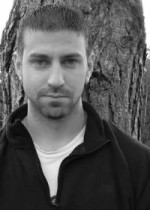 Author Joe Hart says he didn’t have much in the way of company and playmates growing up on “a lonely 91 acres of farmland in northern Minnesota.” He started writing at an early age — and reading, of course. Stephen King was (and still is) his “first literary love,” so one guess what kind of writing our friend Joe does.

After college and before starting to write full-time, Joe held numerous jobs, an eclectic selection — mechanic, electric motor technician, personal trainer, gym manager — that he says “translated to the page in the form of colorful characters and rich plots.” And judging from the the reader reviews of his eight published titles (to date) on Amazon, he’s absolutely right!

How Joe Got Started Self-Publishing 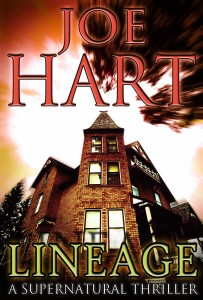 In 2008, Joe started work on an intrigue/espionage screenplay as his desire to launch his writing career ratcheted up to serious levels. Writing the screenplay got his “feet wet for longer projects such as collections and novels.”

He couldn’t help but notice the buzzing around Kindle Direct Publishing in early 2011. “I remember hearing some hype about self publishing,” he says, “and when I first looked into it, it was daunting, but I pressed on seeing it as my best option at the time.”

So, that year Joe wrote Midnight Paths: A Collection of Dark Horror and put it out on the Kindle marketplace. It was the start of a things-are-getting-real-now learning process. “I found out right away that I needed a professional cover artist and editor. I’m a writer, not a graphic artist and I certainly don’t think I can edit my own work as effectively as someone who does it full-time.”

But that probably wasn’t the biggest lesson he learned. “I was shocked at how well my book sold just through word of mouth and some social networking. I was thrilled!”