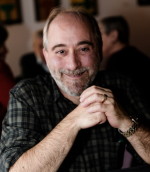 Born in Montreal, Canada, Claude Bouchard studied human resources, accounting and management at Montreal’s McGill University. This led to a career in HR and finance. He says he worked in the field “for what seemed like decades, because it was.”

In the mid-90s, he wrote a series of three novels, Vigilante, The Consultant and Mind Games, but didn’t do anything with them. After the exercise, in fact, he stopped writing for more than a decade. “Professional obligations and other creative interests led me away from writing,” he explains. And that really shouldn’t be surprising: The man’s “artistic energy” is spread across five guitars, painting oils and watercolors, and even cooking (“big time with fine wine to go with it, of course”).

How Claude Got Started Self-Publishing 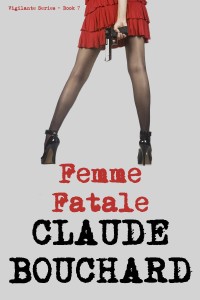 In 2009, Claude noticed that self-publishing/print-on-demand (POD) services were becoming a lot more common, helping him figure out what to do with the three books he had written many years earlier. POD was all that interested him at the time. “My goal… was to see my books in actual print form, that is, until people started buying them.”

It was hard not to see the brewing ebook market, so Claude brought ebook editions out via Smashwords. “[B]ut things really began looking up once KDP became available to non-U.S. authors.”

That was 2009, starting with the first three books in his Vigilante series. Earlier this year, he released Femme Fatale, the seventh book of the series. And he’s also published a standalone novel, and a faux-erotica parody and cookbook (under the pseudonym Réal E. Hotte and Dasha Sugah).

But he wasn’t just busy writing in those few short years — he went to work building a following. How big? With Twitter as his main platform, to date he’s managed to grow his followers to an impressive 400K count. That’s how big. And growing.

You betcha his writing is now a serious income-producing occupation (see the tips below). As he humbly puts it, “I think I’m really starting to like this writing thing.”