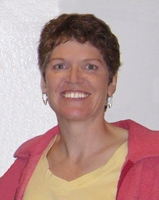 An American and former marketing executive, author Rosalind James says she never really wrote any fiction before. And that she never took risks. That is until she and her civil engineer husband found themselves in Australia and New Zealand for a few years, where she worked her “day job” remotely.

She eventually found herself “in a tiny cottage in the middle of a barnyard on New Zealand’s Coromandel Peninsula,” where she wrote the first scene of what would become Just This Once, the very first book of her bestselling “Escape to New Zealand” contemporary romance series.

Although she didn’t write fiction previously, she says she “always had stories running through her head.” And for some reason, at that point she was ready to develop one of them into a book. To her surprise, on top of her day job, within a week she also found herself writing six hours a day, finishing that first book in six weeks. Then she decided to quit her day job to write full-time. “Fifty years of conservative caution,” she says, “right out the window.”

Good call? As an author, in her first 11 months Rosalind published six titles and sold more than 100,000 books. Yeah, I think that qualifies as an epic good call. But she sure didn’t know that yet at that point.

How Rosalind Got Started Self-Publishing 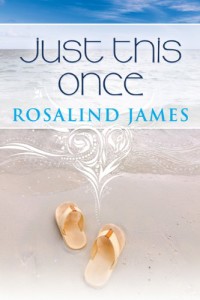 In the following six months, Rosalind wrote two more books in the series. But things stopped going so smoothly — Rosalind fell seriously ill. She also spent a few months shopping Just This Once around to agents, generating some interest, “but no bites.” The lot probably just wasn’t familiar enough to confidently package and market her book’s “New Zealand rugby” theme.

Now, we’ve all experienced really trying days, but the following has got to really rank up there: On the day Rosalind’s doctor confirmed the seriousness of her condition and referred her to an oncologist, the president of a major New York literary agency told her New Zealand rugby “wasn’t a good hook.”

She focused on and tackled her health issues, and after getting out of the hospital, she “finished editing the first three books, and put them all up on Amazon as Kindle ebooks a month later.” That was end of August 2012.

She sold 40 copies the first week of going live. Then she decided to try KDP Select to see what would happen, giving away free copies of her book for three days. It was downloaded 14,500 times during the promo, then proceeded to sell 2,000 copies in the next three weeks. By January 2013, she had sold 20,000 books.

It’s now only October of the same year. She has just released her seventh book, Nothing Personal, the second title in her new “The Kincaids” series. I think it’s safe to say she hasn’t looked back since.