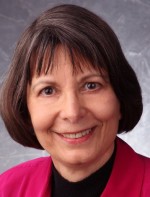 Ann Warner — a clinical chemist, toxicologist and university professor — directed clinical laboratories in a 30-year career that ended when the toxicology lab she was in charge of closed, making her face a question she wasn’t expecting at all to be dealing with: What was she going to do with the rest of her life?

Her answer came in a dream. She remembers waking up one morning “with a dream image of a woman walking along a shore.” She wanted to know who that woman was, so she began writing. Which was something new. “I’ve always been an avid reader,” she explains, “this was the first time I’d attempted to write a story of my own.” The story was 125,000 words long, and Ann really felt she had produced a truly wonderful novel.

She did, however, discover that writing fiction is what she wanted to do with the rest of her life. For her, this meant she “had to readjust the habits of a lifetime.” Throughout her scientific career, after all, her left brain (logical) was predominantly in use. This time around, she was very much in right brain (creative) territory.

Did that deter her? Not a chance. “Over a ten-year period, I attended workshops and conferences and sought out the company and advice of other writers in order to develop my writing skills and nurture my creative side.”

How Ann Got Started Self-Publishing 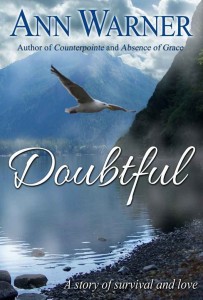 Ann managed to sell two novels to Samhain Publishing, but it rejected a third, explaining it strayed too far from what it published. She tried other publishers and agents, but all passed on her work, spouting the usual excuse many writers got time and time again: The books would be a hard sell since they didn’t follow strict genre conventions.

Convinced, however, that readers just want a good read regardless of what formulaic genre a publisher assigns, Ann decided to self-publish.

The good news was that it was 2012, with Amazon’s programs and services for independent publishers vastly changing the self-publishing landscape. “[T]his decision no longer meant I had to store hundreds of books in my basement in hopes of eventually selling them…”

Now, Ann has published three successful contemporary love stories and recently released Doubtful, her fourth. She even does her own cover designs! And it doesn’t look like she’ll be slowing down anytime soon. “I love having the control over the entire process that self-publishing gives me and I love the fact it challenges me to think both logically and creatively.”