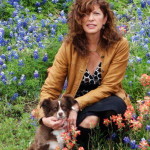 Native New Yorker Lara Reznik was ambidextrous at birth, and largely preferred doing stuff with her right-brain creative side. Her left-brain skills, however, made it easier to make a living, so in 1985 she pursued a career in IT.

But she also wrote and finished her first novel then. Despite what looked like possible interest from a big-name agent, it wasn’t picked up by that agent nor by anyone else. She wrote two more with similar results. So Lara proceeded to try her hand at screenwriting. Over the next ten years, she managed to get three option agreements, two agents and a manager for her work, but none of it made it to the screen.

How Lara Got Started Self-Publishing 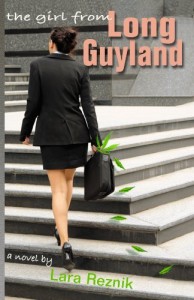 … November 2012. Lara finished a new novel, The Girl From Long Guyland. Her previous experiences with the industry coupled with watching many of her talented author friends “waste two or three years submitting with little success” led her to make a “no-brainer” decision: forget about sending even a single query letter to a legacy publisher and proceed immediately to publishing her book on Amazon herself.

Was it the right decision? Rhetorical, obviously, since you’re reading about it here. But how rhetorical? Well, Guyland has been ranked #1 on Amazon in both the Suspense and Contemporary Fiction categories and downloaded over 80,000 times. That kind of rhetorical.

Can’t help but wonder how her older novels would do if she puts them out there too, huh?